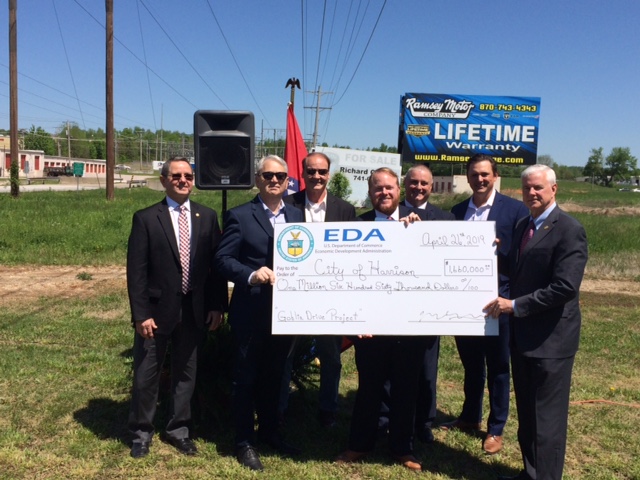 April 26, 2019 – Congressman Steve Womack and Assistant Secretary of Legislative and Governmental Affairs Michael Platt from the United States Department of Commerce  announced a $1.6 million grant through the Economic Development Administration (EDA) for phase I of the City of Harrison’s Goblin Drive Project to a crowd of community members and local elected officials. 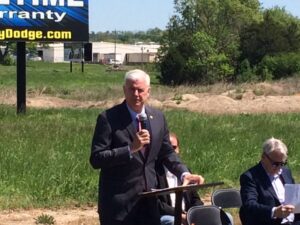 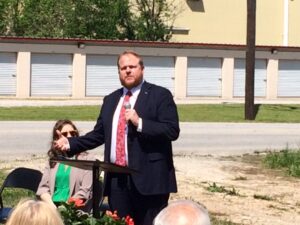 Incoming board chairman of the Harrison Regional Chamber of Commerce, Melissa Collins, kicked off the event by welcoming attendees and visiting speakers. Harrison Mayor Jerry Jackson followed and spoke to the importance of the project and told onlookers that this particular grant was likely the largest grant the City of Harrison has ever received. Mayor Jackson then introduced Congressman Steve Womack. Congressman Womack congratulated the city and its residents for being awarded the grant and highlighted the fact that it was good to see tax dollars that were sent to Washington come back to impact Harrison. NWAEDD Executive Director Joe Willis introduced Michael Platt next and Mr. Platt detailed the importance that the Trump administration placed on infrastructure projects such as Goblin Drive. Platt went on to say he hoped to come back for a ribbon cutting when the project was completed. Boone County Economic Development Corporation President, Craig Campbell, providing closing remarks on the importance of manufacturing in Boone County and how this EDA investment would benefit the industrial park. The event concluded with Congressman Womack and Assistant Secretary Platt presenting Harrison Mayor Jerry Jackson an honorary check. 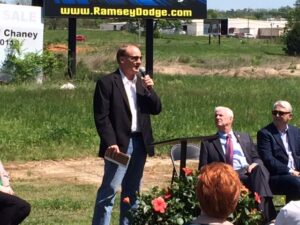 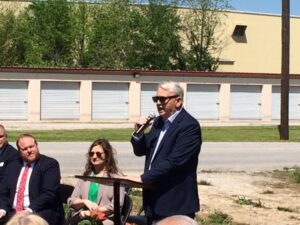 The EDA investment required a 20 percent local match and the total project is just over $2 million. Phase I  will include improvements at the intersection of Goblin Drive & Industrial Park Road, replacing the bridge crossing Dry Jordan Creek, and expanding Goblin Drive to three lanes. The initial phase will stop a few hundred feet north of Baker Prairie. NWAEDD submitted the application on behalf of the City of Harrison and will also be the grant administrator.