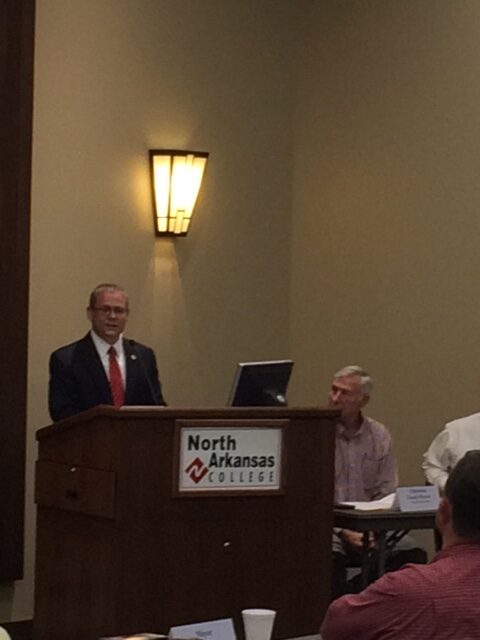 April 25, 2019 – NWAEDD hosted its annual meeting on April 24th at the Durand Center on the Center Campus of North Arkansas College. The event was well attended by mayors, county judges, representatives of government agencies, and many others from across Northwest Arkansas and throughout the state. 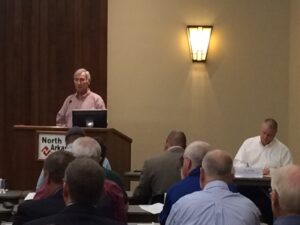 Secretary of State John Thurston was the keynote speaker and gave an informative update on voting equipment upgrades that would impact the region. Washington County Judge Joseph Wood was also a guest speaker and discussed his story of discovering at age 46 that he was a foundling and detailed how he ultimately met the gentleman that found him as an infant and saved his life. 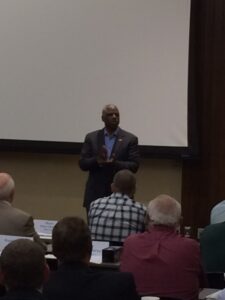 In general business the District’s annual report was presented, private sector board members were elected to two years terms, Board Chairman Frank Weaver provided an executive committee report, and Executive Director Joe Willis concluded with the director’s comments. Full minutes of the meeting will be posted to the website once they are approved at the next board meeting. 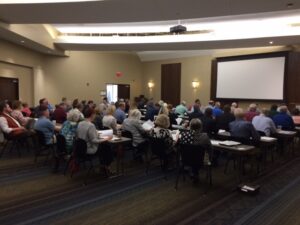